It's easy to find answers to your questions: - simply use our extensive search functionality.

We have detailed entries on most topics. All answers on our website are continuously updated to always let you find the latest information.

Do you have a very specific question? Please use our support form.

easyDCP Creator/Creator+, easyDCP JPEG 2000 Transcoder and easyDCP Publisher are highly optimized for running on multi-processor/multi-core machines. On Windows, it can also use one or more CUDA® enabled graphics devices.

For best performance, opt for the following specifications:

The performance of such a set-up depends on various parameters and is not only determined by the HD/SDI interface card.
The Graphic Board Check (PDF) table shows some example set-ups as well as the measured performance using certain HD/SDI interfaces.

More Details you see in our video: GPU-Acclerated JPEG 2000 Encoding

NOTE: GPU acceleration is available for Windows only

NOTE: GPU acceleration is available for Windows only

Tagged as:
What system configuration does easyDCP Player(+) need?

Basically there are two different options for running easyDCP Player.

Allows for real-time-playback of 2k/4k DCP and IMF-Packages on a standard PC/Mac. Use this option if you have a sufficiently fast CPU. The software codec will work on Mac OS X and Windows 7 and higher. 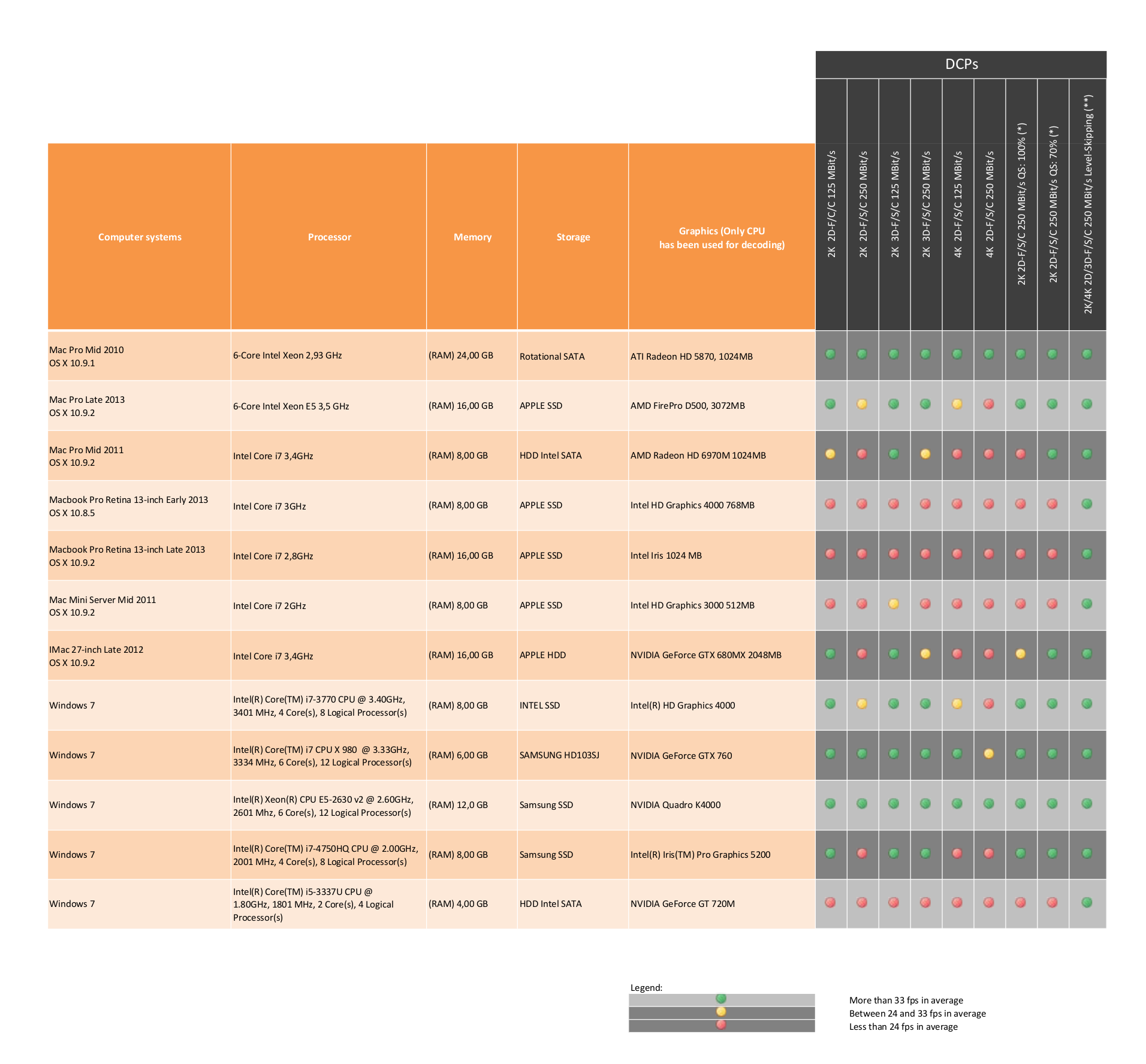